We are here together and game together

08:43
CAT
We are looking to recruit dedicated members in OSU

Please remember no one is a bad gamer. We all are good and get better together!
Apply

AxE Rayden / Aug 24, 2014
RESTRUCTURING OF THE BAT
New changes to the ranking process are inbound! Read on to discover how the team is changing, and how this affects everyday mappers.

In the spirit of preparing the community for a brand new modding system (known internally as “moddingv2”), we have decided to alter the team’s structure to one which simulates how the ranking process will function after the new system is introduced.

The changes are as follows:

The current BAT has been split into two groups: the Beatmap Appreciation Team and the Quality Assurance Team.
The Beatmap Appreciation Team (BAT) are responsible for doing what is traditionally associated with the BAT as the system currently stands; ranking maps, modding and generally helping mappers reach their full potential with their creations.
The Quality Assurance Team (QAT) are the aptly-named judicators of quality control who will check recently qualified maps for quality and playability, retracting their qualified status where appropriate. They form the bulwark of standard control and enforce the basic expectation of quality for all maps that enter the ranking process.
BAT members will be given a set number of qualification credits each month, which they can use to qualify maps. The current rule of 8 qualified maps per day remains (for the time being, it may change as we see how things go). First come, first serve.

QAT members will be held to strict activity standards as their role requires them to be regularly involved in assessing map quality. Members of this team will be promoted from BAT, should they accept the new role.

The private channel once available to the team will be revoked. All BAT members are encouraged to chat in the public #modhelp channel, with the aim of more transparency and increasing interaction with mappers.

This new system aims to engage the community in the process like never before. We expect to see massive improvements in the speed at which maps are qualified/ranked, and in the number of people who will be available to assist mappers with their work at any given point. 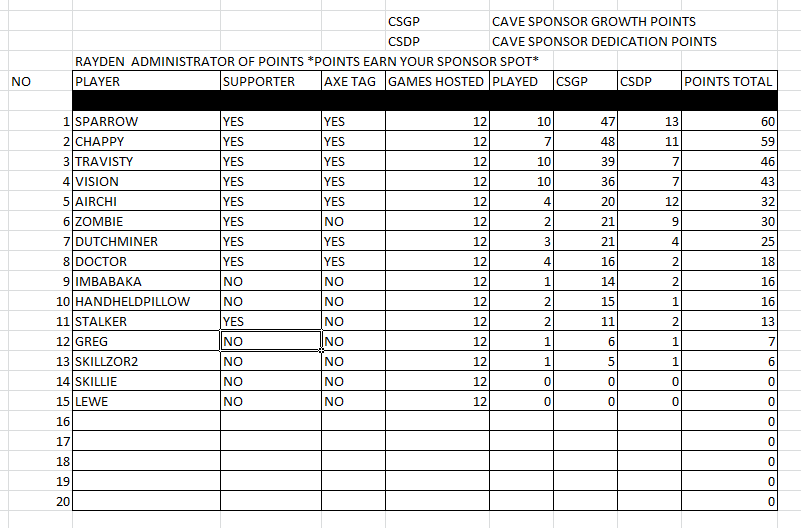 Our Clan Video is underway, We as CAve Gaming need AxE members to get more online so we can get more spectator plays.

Give us times when you on so we can spec and record you
0 Comments 0 Likes
Share
You like what we are doing here? You enjoy Gaming with us or watching on our streams? Give us a little hand to keep improving our services